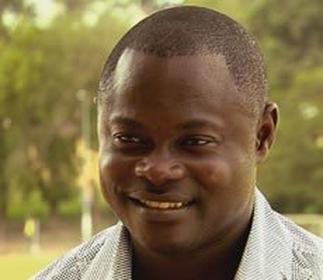 The club on Thursday announced the decision to dissolve their technical team headed by Yaw Acheampong for the club's recent poor form. In 16 matches played this season, Sharks only have picked 17 points and are now in danger of being in a relegation battle following their latest run of 3 defeats and 2 draws in their last 5 league matches. Odartey Lamptey who has been close to the club in the recent past is being brought on board to save the ship from sinking.

On his accord, the commissioning of the factory is a true reflection of the 1D1F policy creating more direct and indirect jobs a... read summary
Showbiz

According to Sonnie Badu who made his intentions known on social media, he is printing only a limited 100 pieces of the T-shirt,... read summary
Showbiz

Naomi Gold was reported to have been fingered by Counsellor Lutterodt on TV. In a tell it all interview with Ghpage TV, the mode... read summary
Showbiz

According to the award-winning actor, while growing up, all his mother wanted him to do was to be with his books studying while ... read summary
Sports

The 26-year old striker is expected to bolster the attacking options of the club in the Philippines Football League and the Asia... read summary
Sports

Daniel Lomotey made his debut for ES Setif in the CAF Confederation Cup win. Lomotey, who was leading scorer in the Ghana Premie... read summary
Sports

GFA cautions clubs on deployment and conduct of stewards

That clubs must train their Stewards using the GFA Approved Manual and send the list of the trained Stewards and the training re... read summary
Sports

Mr. Nunoo-Mensah stated that negative branding takes away sponsors from our sports. He said people are only interested in pushin... read summary
Sports

The Latics are one point away from safety, but have played a game more than the team directly above them, Wimbledon, and are two... read summary